This November and December, The Boston Tea Party Ships & Museum, a floating museum dedicated to accurately reliving and representing a key time in history (1773-1775), is offering several NEW virtual programs allowing people to learn about and experience the Boston Tea Party, “the single most important event leading up to the American Revolution,” from the comfort and safety of their own home or the classroom (whether at home, in-person or a hybrid model of learning). A new virtual ‘Tea Talks’ series has been launched highlighting various stories of the Boston Tea Party, in addition to offering virtual field trips ideal for teaching children about this iconic event that helped shape the United States of America.

NEW ‘TEA TALKS’
The Boston Tea Party Ships & Museum launches an in-depth, live and interactive monthly series highlighting the myths, truths, and untold stories of the Boston Tea Party. These one-hour specialized Zoom webinars, led by a Boston Tea Party expert at Boston Tea Party Ships & Museum, are designed to be informative, engaging and fun, and ideal for curious minds of all ages -- from parents with kids at home, seniors, history buffs and folks looking to learn and expand their horizon with regard to American history. Each ‘Tea Talk’ costs $15 and lasts one hour. Participants must register at https://www.bostonteapartyship.com/virtual-museum. All presentations times take place in Eastern Time zone.

In November 2020, the following NEW ‘Tea Talks’ will be presented:

Ships of the Boston Tea Party
Four ships bearing East India Company Tea were sent to Boston in 1773. Three of them arrived in Boston Harbor, sending the town into a frenzy. The Boston Tea Party Ships & Museum leads a virtual discussion focused on the important role these ships played in the events that would ultimately lead to a revolution. This presentation will explore the types of vessels involved in the Boston Tea Party, the construction methods used to recreate them for the museum, and share anecdotes and information about the ship owners and crews that sailed them. Available dates/times:

In December 2020, the following NEW ‘Tea Talks’ will be presented:

Additional ‘Tea Talks’ will be added for January, February and March 2021.

VIRTUAL FIELD TRIP TOURS
The Boston Tea Party ships & Museum supplements teaching curriculums by offering virtual field trip tours to learn about the Boston Tea Party and other aspects of this time in U.S. history, without leaving the classroom or home. Teachers around the United States and schools internationally have been taking part in these virtual field trip tours.

These virtual tours, presented exclusively by the Boston Tea Party Ships & Museum, are a way to bring the immersive experience of visiting the museum directly to classes using video conferencing technology allowing students to participate in many defining moments in American History. The experiences unfold in real time and hosts, costumed Colonial Boston Tea Party Ships & Museum actors, are able to interact directly with the students remotely. Students play active roles in these real time sessions and are encouraged to ask questions and participate throughout.

The Boston Tea Party
The Boston Tea Party session covers a range of topics starting with the Stamp Act (1765) and concluding with a discussion on the Battle of Lexington and Concord (1775). Each student receives a character card prior to the experience. Through this virtual tour, the class is led in a debate on the taxes that preceded the Tea Act (1773). Students play an active role recreating the town meeting held just hours prior to The Boston Tea Party debating taxation without representation, and the issues that pushed Massachusetts down the road to revolution. Students assume the role of the Loyalists and Patriots who were in Boston during the early revolutionary era. The class storms aboard one of the authentic replica vessels at the Boston Tea Party Ships & Museum, the Beaver or the Eleanor, and cast off the yoke of tyranny by destroying the Crown’s tea. They also get a taste of what life was like for sailors in the 18th-century by exploring below decks onboard one the vessels that moored at Griffin’s Wharf that fateful night. Finally, the students discover how the Sons of Liberty successfully overcame obstacles to accomplish their goals, and achieve independence.

Boston Massacre Trial
This virtual experience captures the tensions in the town between the occupying force of British regulars and the Sons of Liberty as a result of the Boston Massacre that took place on King Street in Boston in 1770. The class is greeted by John Adams, who presents a compelling argument in defense of the soldiers, and Robert Treat Paine, who argues that the redcoats should be found guilty. Students play the role of witnesses, magistrates and jurors in this emotionally charged, riveting reenactment of the historic Boston Massacre trial, held just months after the tragic event.

Teachers can book virtual tours by contacting the Boston Tea Party Ships & Museum directly at (617) 531-6241 or via email to groups@bostonteapartyship.com.

"The Boston Tea Party virtual tour session has allowed my Midwestern land-locked students to truly step into the experience and even participate in it a bit. They get to be a part of the fury leading up to it, they get a tour below decks, and they get to cheer on the actors as they dump the tea overboard. It makes the event much more real to our 21st-century kids," says Mary Robison - 5th Grade Social Studies Teacher, Westfield Intermediate School, Westfield, IN.

Not only are teachers across the United States utilizing these virtual field trip tours in their classrooms, but also senior community centers in Ohio, Illinois and Florida have taken part in these virtual tours to stimulate and educate seniors in a fun and interactive way.

According to Emily Abrahamson, Life Enrichment Manager at Greenfields Geneva, a Friendship Senior Options Community in Geneva, IL, “Our senior community launched a new series in 2018 called Exploring the World Our Way. Each month we embark on a virtual field trip to a different museum, cultural institution, or national park. We’ve ‘traveled’ all around the world, but our most favorite and memorable experience was with the Boston Tea Party Ships & Museum. Residents were transported back to the 1770s and got to be in character themselves with speaking roles provided by the museum. We supplied colonial hats and even served Boston-themed fare in the dining room that evening. Our residents are still raving about it more than a year later! Huzzah!” 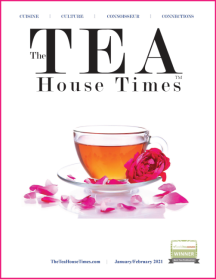